Kelley Ashby is the founder and president of Kelley Ashby Consulting, LLC. She has over 20 years of experience in a variety of higher education administrative positions creating and managing academic courses and co-curricular programs focused on leadership, career, new employee development, education, and training. In addition, she has sixteen years of experience as an adjunct faculty member developing and delivering career, leadership, and competency development-related curriculum.

She created, directed, co-authored, and delivered the Career Leadership Academy curriculum and program (designed to develop leadership and career readiness skills); co-authored the chapter, “Building a Competency-Based Leadership Program with Campus-Wide Implementation”, for the New Directions in Student Leadership; and co-chaired an executive committee to engage faculty and staff in developing and implementing a campus-wide leadership initiative that infused Gallup’s Strengths and Dr. Corey Seemiller’s Student Leadership Competencies into numerous co-curricular and academic programs, services, and coursework. She currently consults with colleges, universities, businesses, and other organizations nationwide to assist them with their leadership and human resource talent development needs.

• Director, Continuing Medical Education Division at the University of Iowa (May 2016-February 2017)

• Director, Academic and Leadership Programs at the University of Iowa Pomerantz Career Center (July 2010-May 2016)

• Director, Outdoor Programs and Wellness, and Co-Director of Leadership Development at Buena Vista University (August 2000-May 2003)

• Leadership Studies Department, The University of Iowa (January 2007-May 2016)

• Leadership in the Outdoors, Face-to-Face Curriculum Developer and Instructor

certified in these areas​

• Building Our Global Community, The University of Iowa

where it all started

get in touch with me 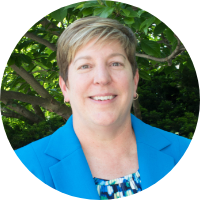